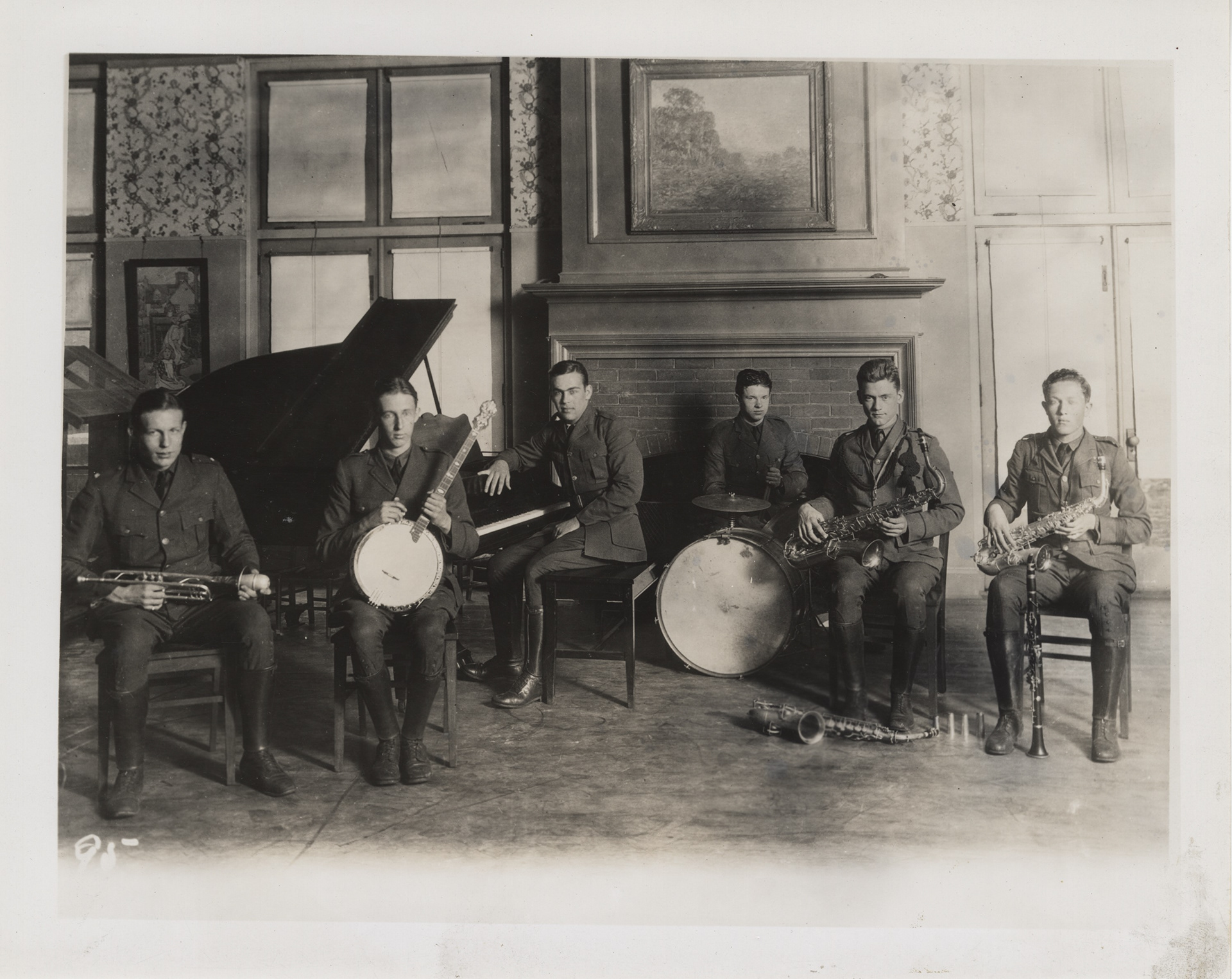 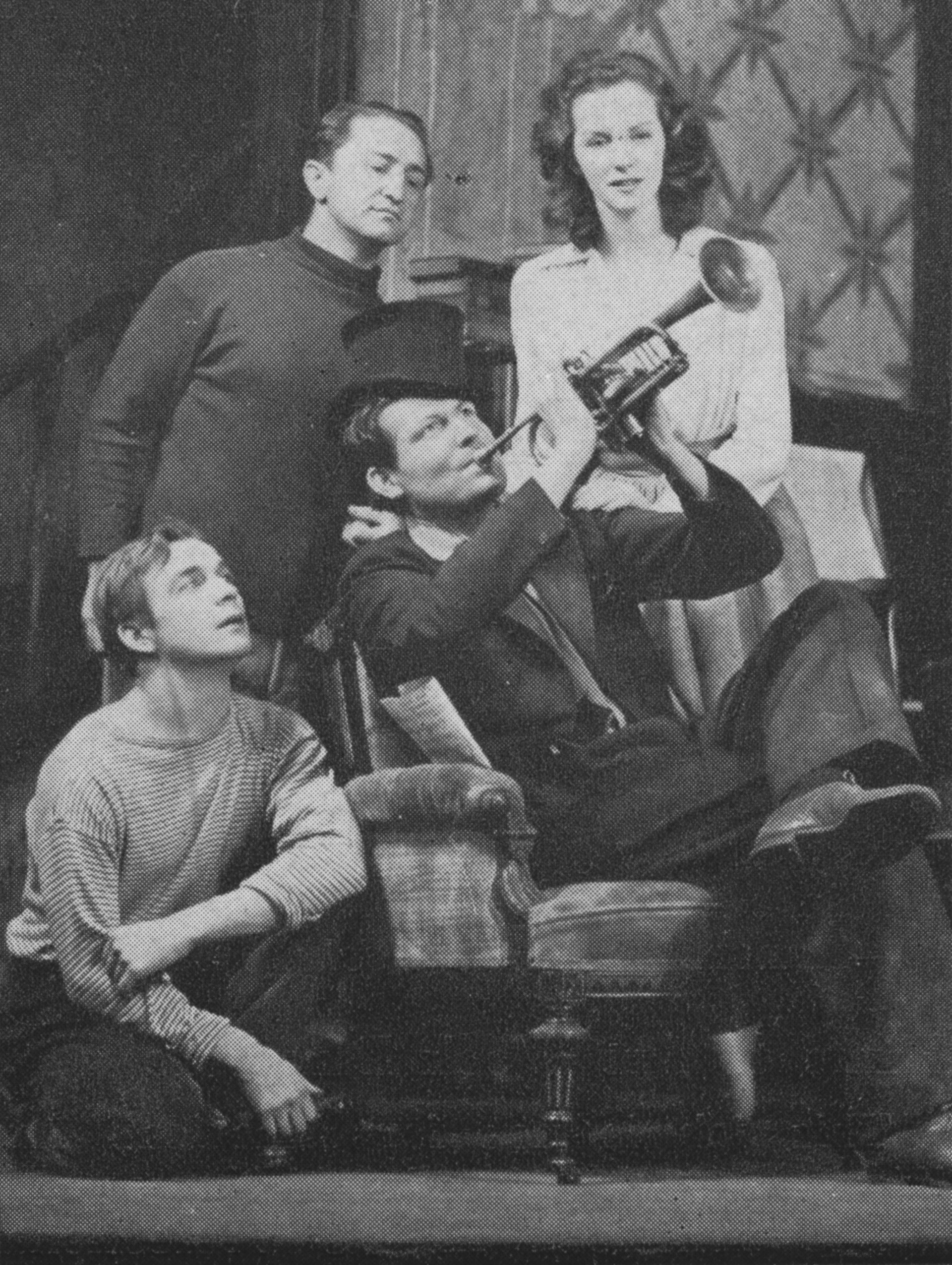 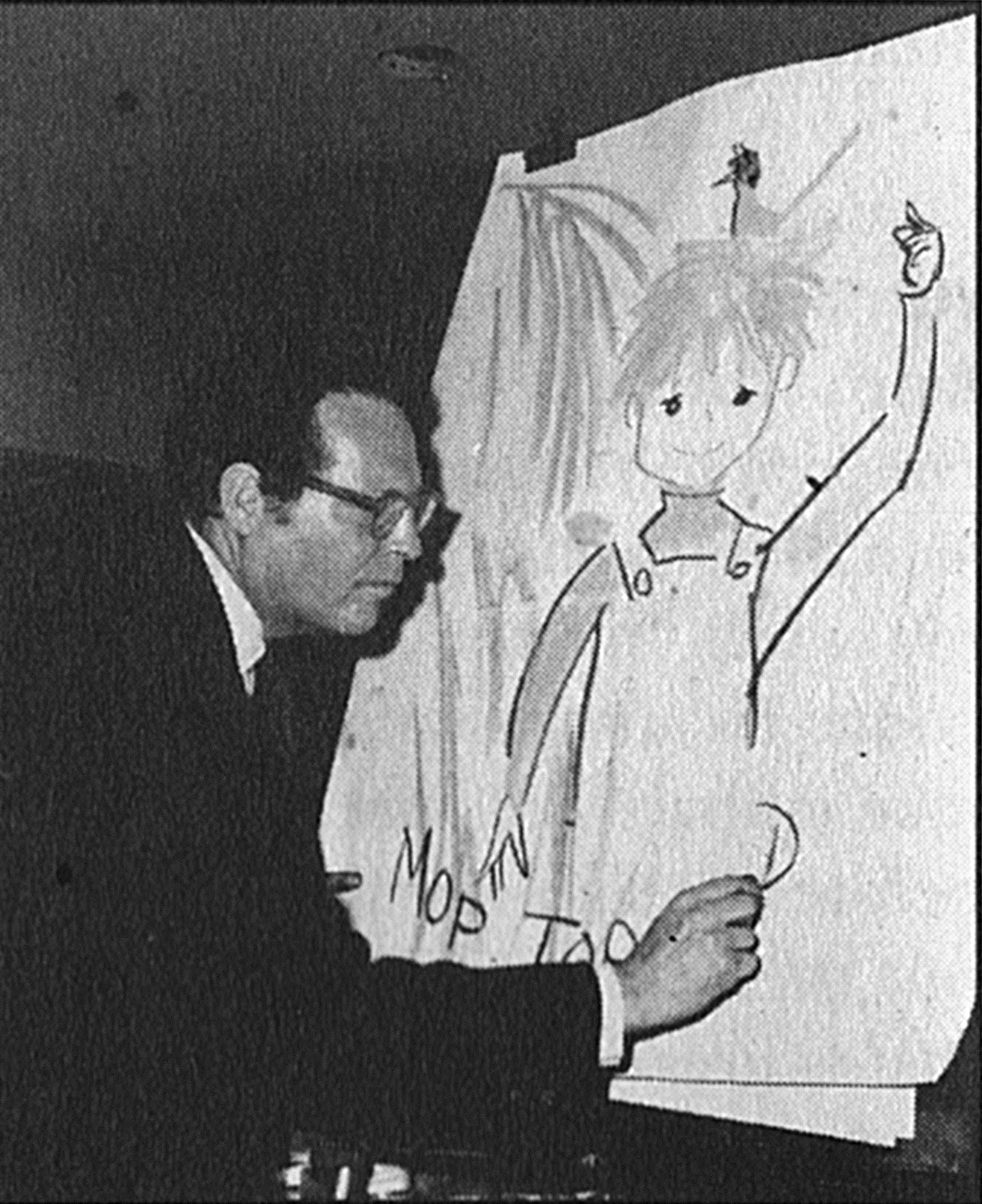 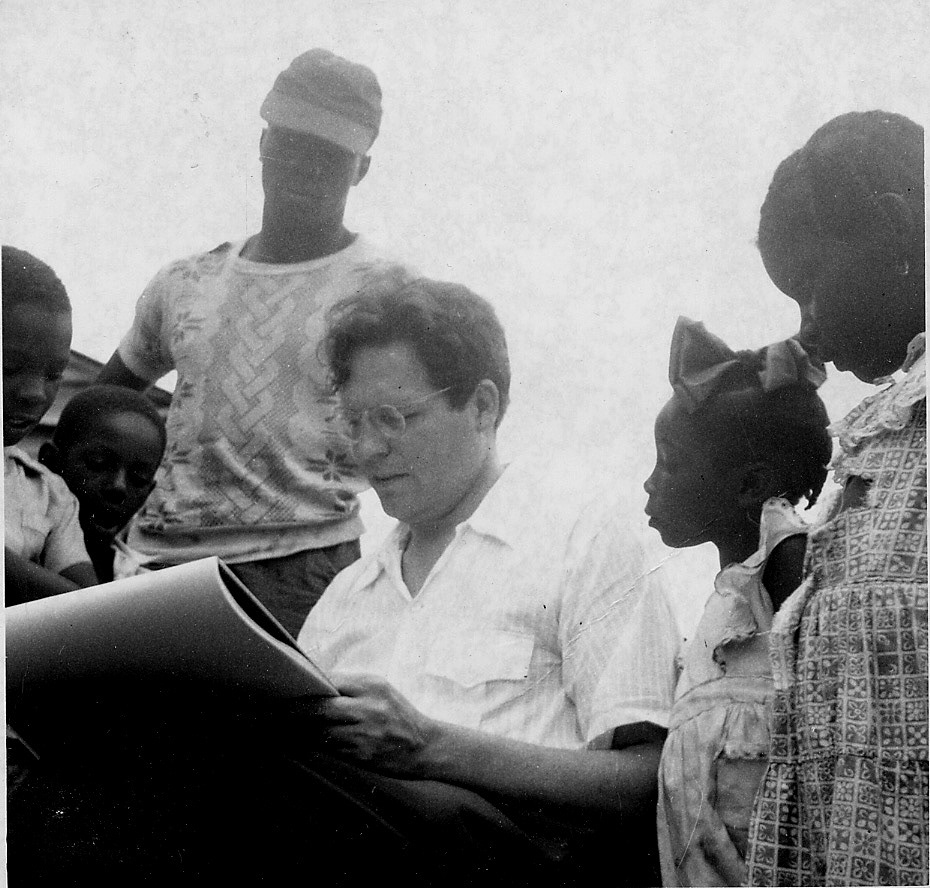 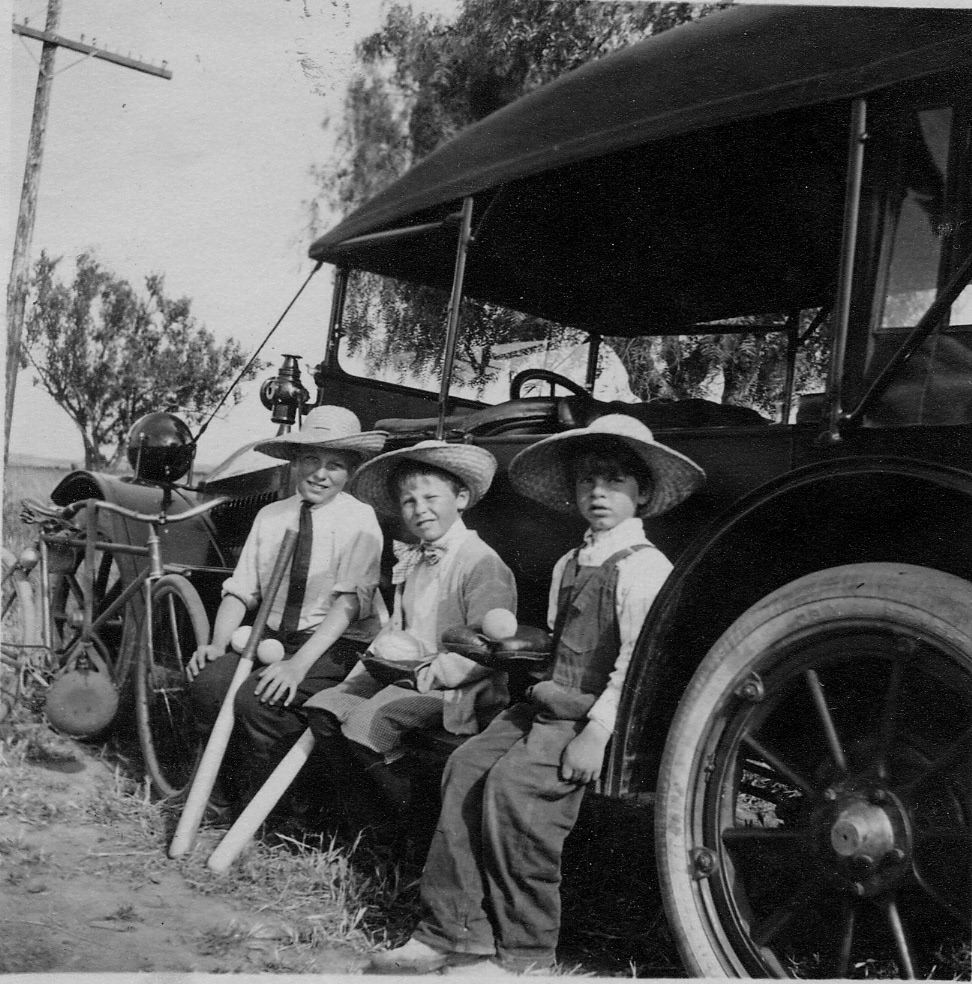 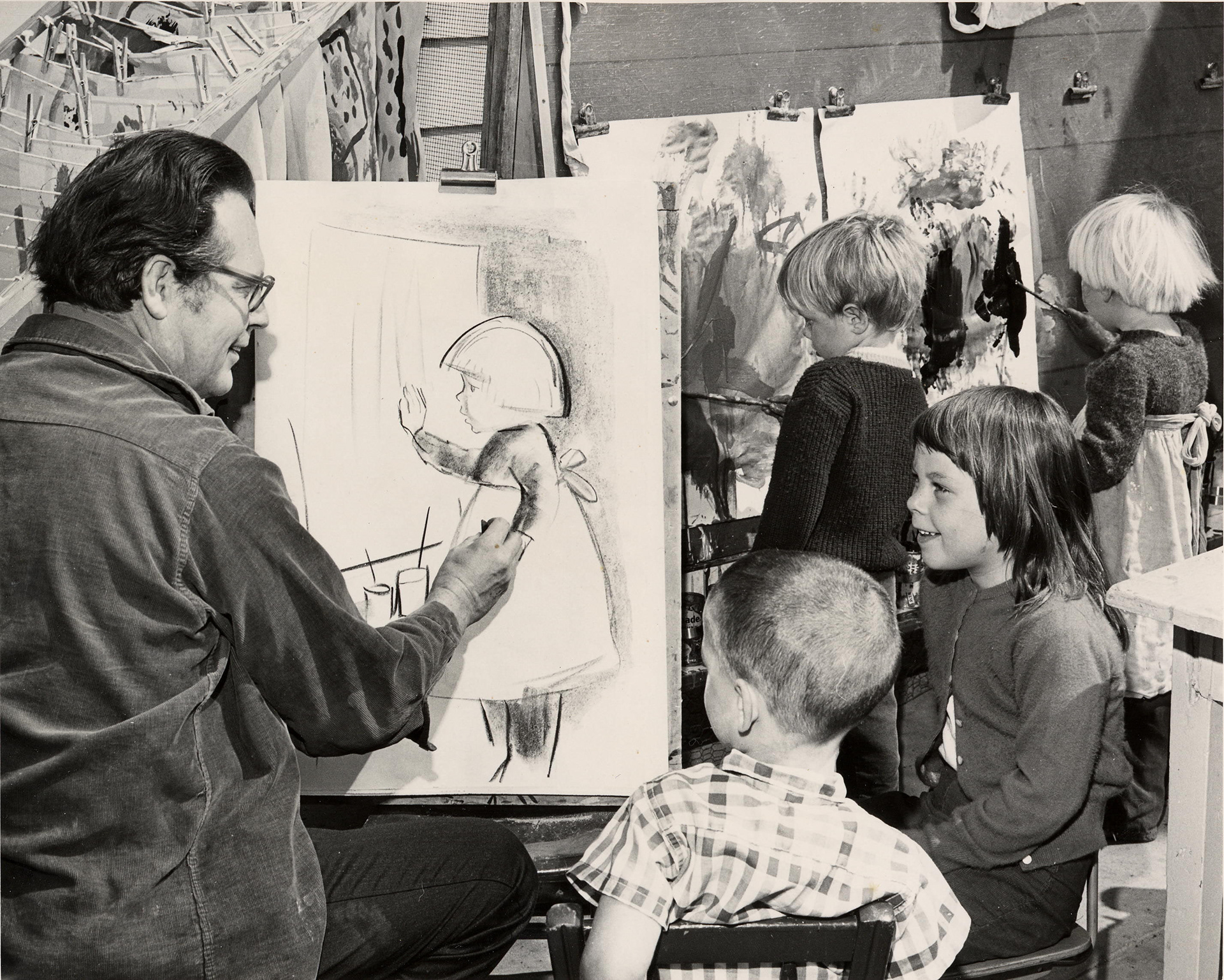 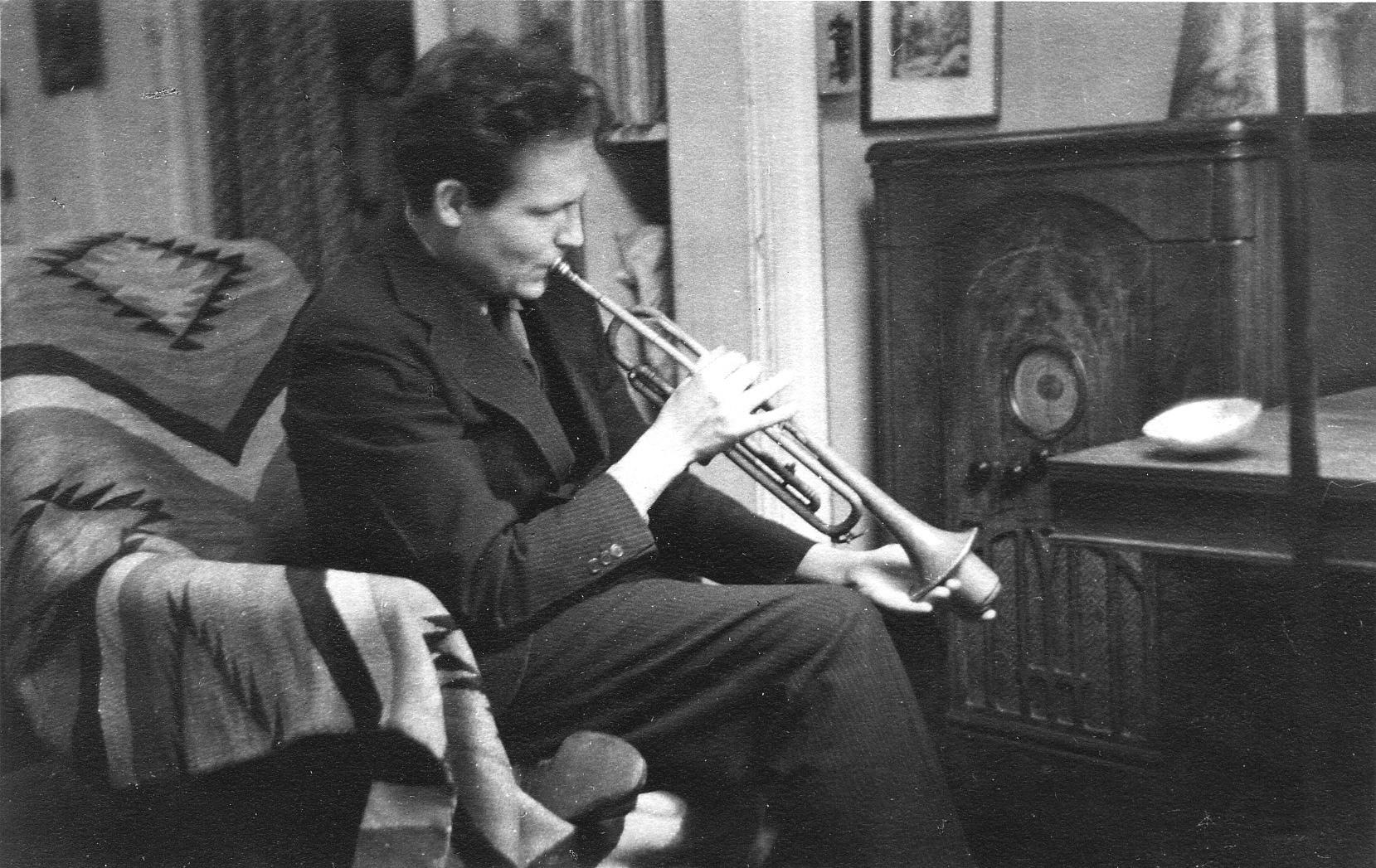 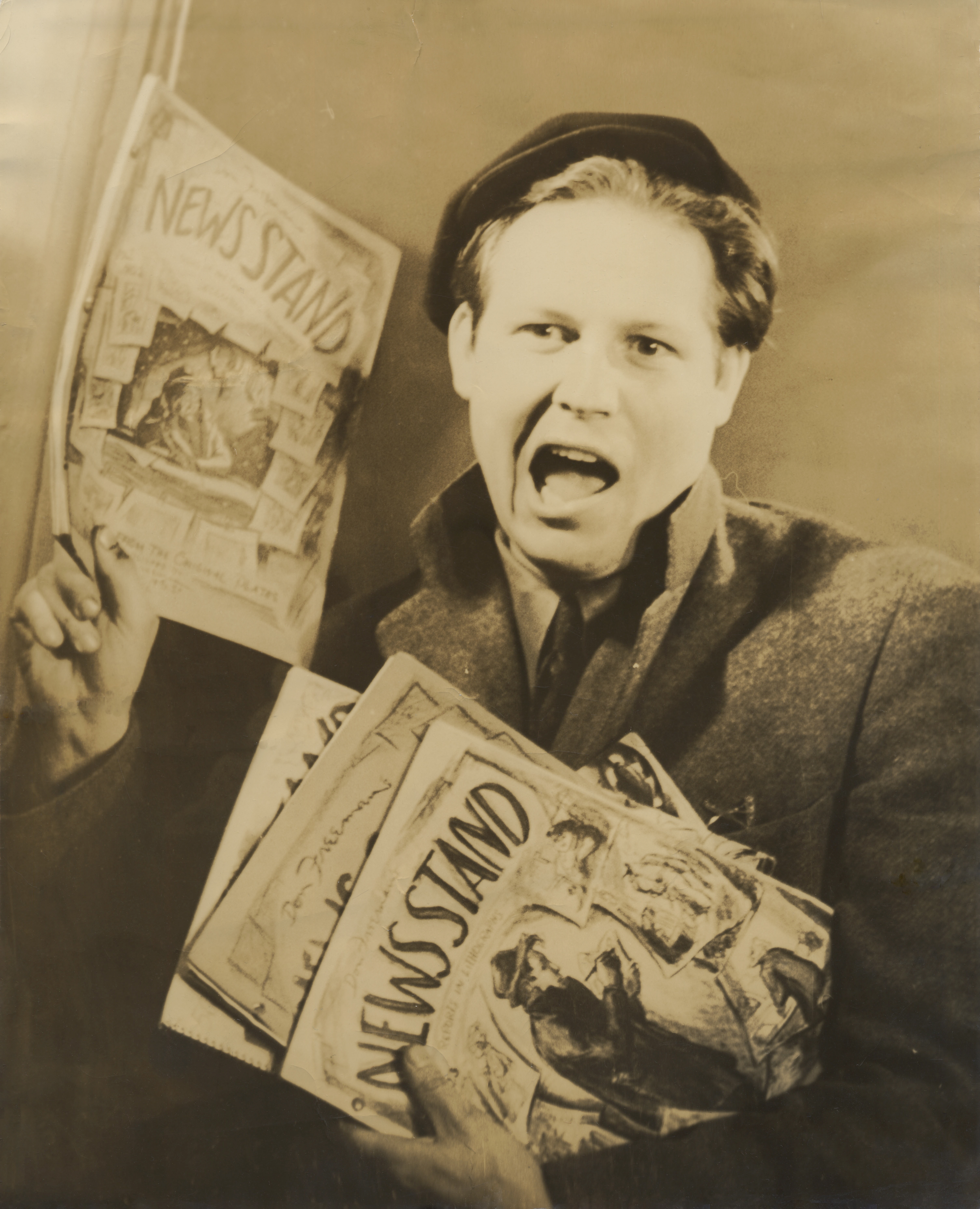 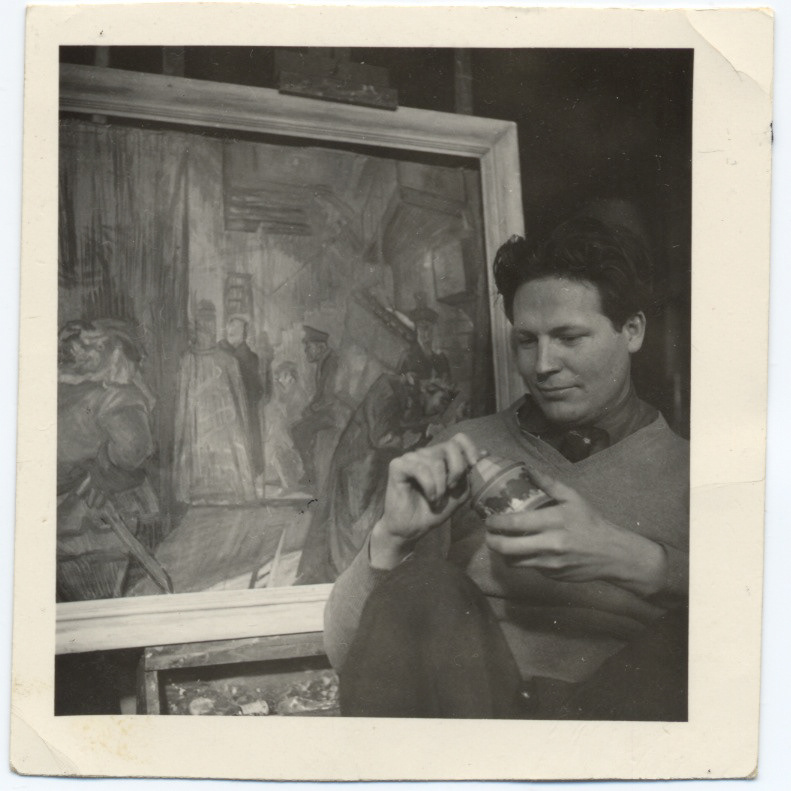 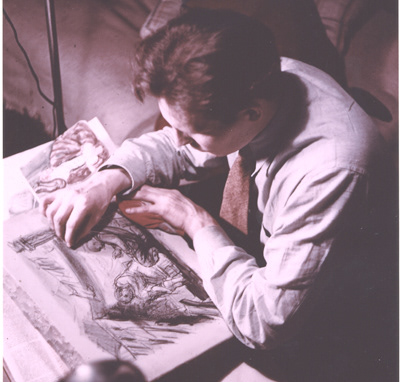 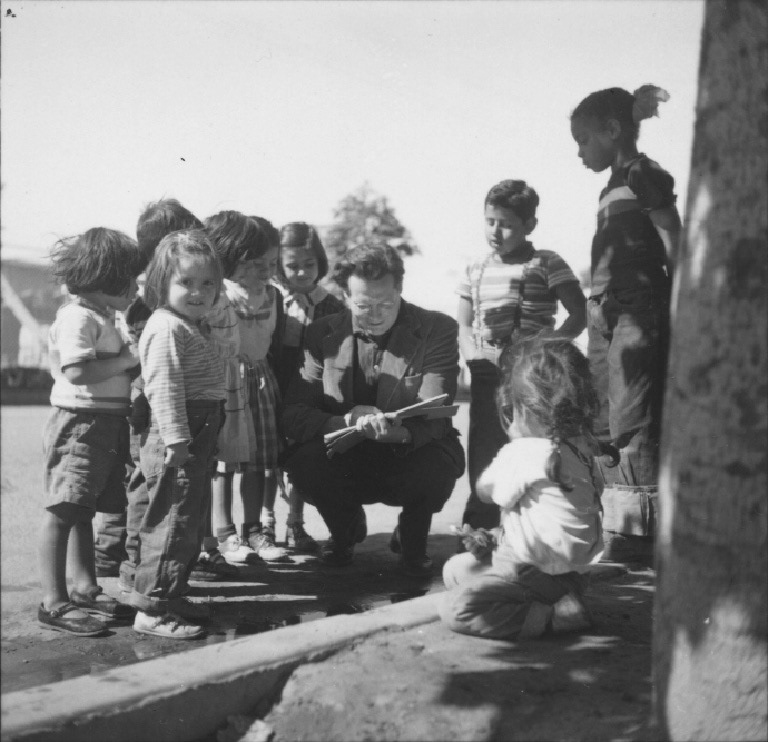 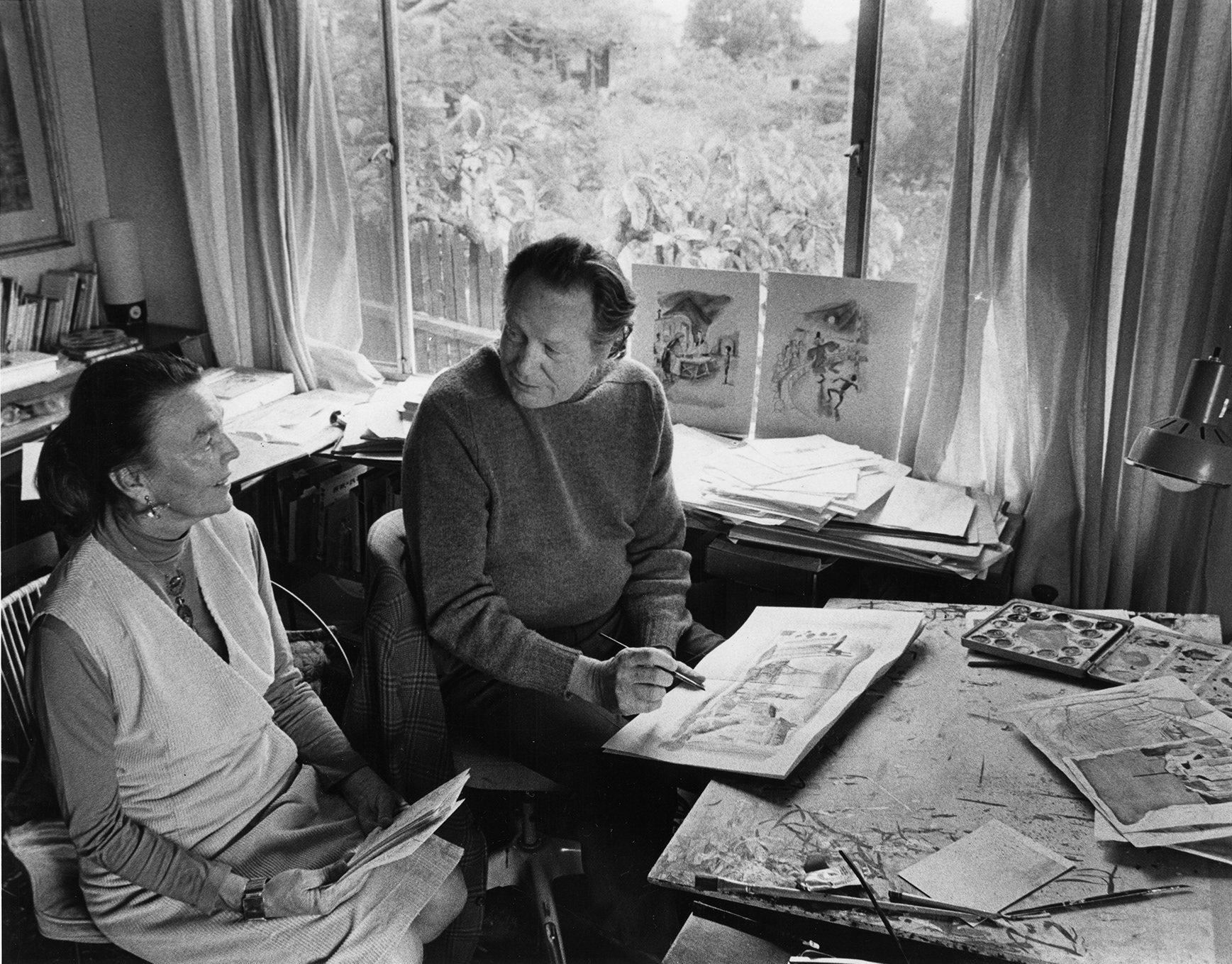 Don was born August 11, 1908 in Chula Vista, California (just south of San Diego). After around the age of 8, his mother became ill and Don with his brother was put in charge of a strict guardian, who also took care of two other children. His mother died in 1918. Don's father was a clothes salesman in San Diego. All this and more is related in the newly published autobiographical novel, Jigsaw Summer. Read how Don was deeply engaged in directing and acting out play films  with his neighborhood friends and lots more!

Don  writes humorously of these years and his growing intense desire to get away. This finally occured when his grandmother sent him to Principia High School in St. Louis, Missouri. He was already constantly drawing, creating comic-character scenes of his experiences in a kind of graphic diary and illustrated different publications for Principia. He also played cornet (trumpet) in different bands. (Later he played cornet in jazz bands in San Diego and New York to help earn a living.)

After graduating, Don went to an art summer school class in San Diego. There he met Lydia Cooley and they fell in love. Don was kicked out of the class for drawing cartoons of the class drawing instead of the naked model. His biggest desire was to get to New York, so he hitch-hiked across America and arrived there in late 1928. He earned a very meager a living playing cornet in various jazz and dance bands while studying at the Art Students League with John Sloan and Harry Wicki. He convinced  Lydia  to come to New York and join him which she finally did in 1932 and they were married.
Don writes of this in his autobiography (of these years), Come One, Come All! (published  in 1949 by Holt Rhinehart).

Michelle Gabriel (1995):
“Freeman did not start out to be a children’s author and illustrator, although by the age of seven he knew he wanted, above all, to be an artist more than anything. Working with crayolas and whatever drawing paper he could get his hands on, the young Freeman began sketching a perceptive view of the world around him.
Freeman’s artistic talent was given a boost by his grandmother who presented him with a gift for his high school graduation - a summer course at the San Diego School of Fine Arts. There he met another aspiring artist, Lydia Cooley, who would later become his wife. Firmly entrenched in his artistic pursuit, Freeman left for New York to study at the Art Students League with John Sloan and Harry Wickey.
His passion for art enveloped the New York theater where Freeman often ventured backstage, sketchbook in hand, to sketch and draw the actors and everything he saw on and off the stage. No other artist has been credited with recording so faithfully and with such sensitivity the drama of New York City as Don Freeman. But it wasn’t until a serendipitous twist of fate prompted Freeman to begin submitting his theater drawings to newspapers that anyone even guessed what an artistic gold mine he had in his sketch pads. In order to be able to wander through the city with this sketchbook in hand, Freeman supported himself by working as a dance band musician at night, playing the trumpet in nightclubs and at wedding receptions.
One night, on his way home from work, Freeman lost his trumpet on the subway. After that incident he decided it was time to concentrate on making a living from his sketches. His astute impressions of the Broadway scene began to appear in the drama sections of The Herald Tribune, The New York Times, The Christian Science Monitor, and Theater Magazine, as well as other magazines and newspapers. Over the next several years he illustrated for William Saroyan and Brooks Atkinson. He also contributed illustrations to James Thurber’s The White Deer. He captured the spirit and essence of everyday life in New York City, and occasionally Hollywood, during the 1930s and ’40s. During this period he also printed a publication of his own, Newsstand, which he described as “One man’s Manhattan.” Many of his limited edition lithographs and etchings, as well as the offset prints for Newsstand, are treasured by loyal collectors around the world.”
(From “Don Freeman, 1908-1978″ by Michelle Gabriel in the brochure to the exhibition “Cover to Cover” organized by M. Lee Stone at the Villa Montalvo, Saratoga, California in 1995.)
Don was a truly gregarious personality. He and Lydia made many friends in New York. Some of these friends are such original unique characters that I have tried to bring some element of them and New York in the 30’s and 40’s to life in these “biographical sketches”. Beauford Delaney is now featured here with biographical sketches in Don’s own words and images. More (Joe Gould, Esther Goetz,  George McCoy, and Jerome Myers) will be coming in the near future.
↑Back to Top