A video, "Roy reads Corduroy,"  is now up on YouTube! View, enjoy, let others know.
For teachers who are presently working  online, if you would like to read Corduroy, or live stream a video, it is now possible under a  "temporary Open License for Online Story Time and Classroom Read-Aloud Videos and Live Events granted by the publisher, Penguin Random House. Please see
https://www.penguinrandomhouse.com/penguin-random-house-temporary-open-license/
for conditions and more information.
If you would like to do the same for other Don Freeman stories, I (Roy) grant you permission under same conditions as above and can send you PDFs of many of my father's books. Please use the contact form to reach me  for more information.
General info: this (newly designed) website is about my father, Don Freeman (1908-1978), creator of the children's book  Corduroy, among many other books, lithographs, paintings, chalk talks...
Here in the background is a caricature of Don at work by Al Hirschfeld, his New York theater-sketching buddy. 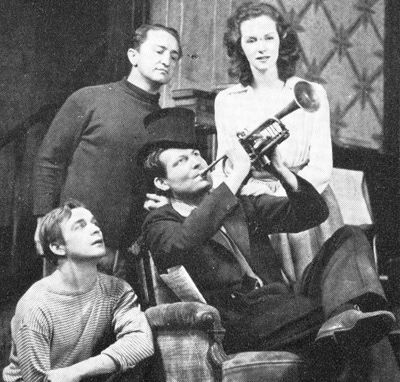 Don playing cornet in "The Beautiful People," a play by William Saroyan that ran on Broadway in 1935. 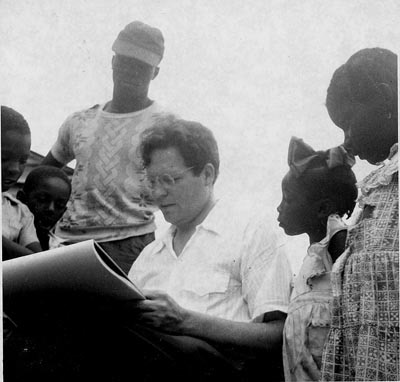 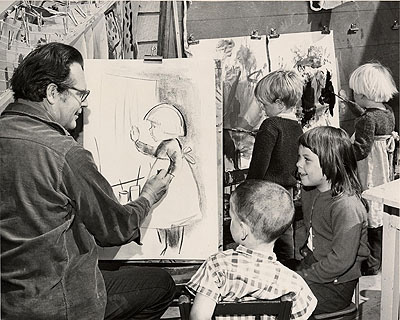 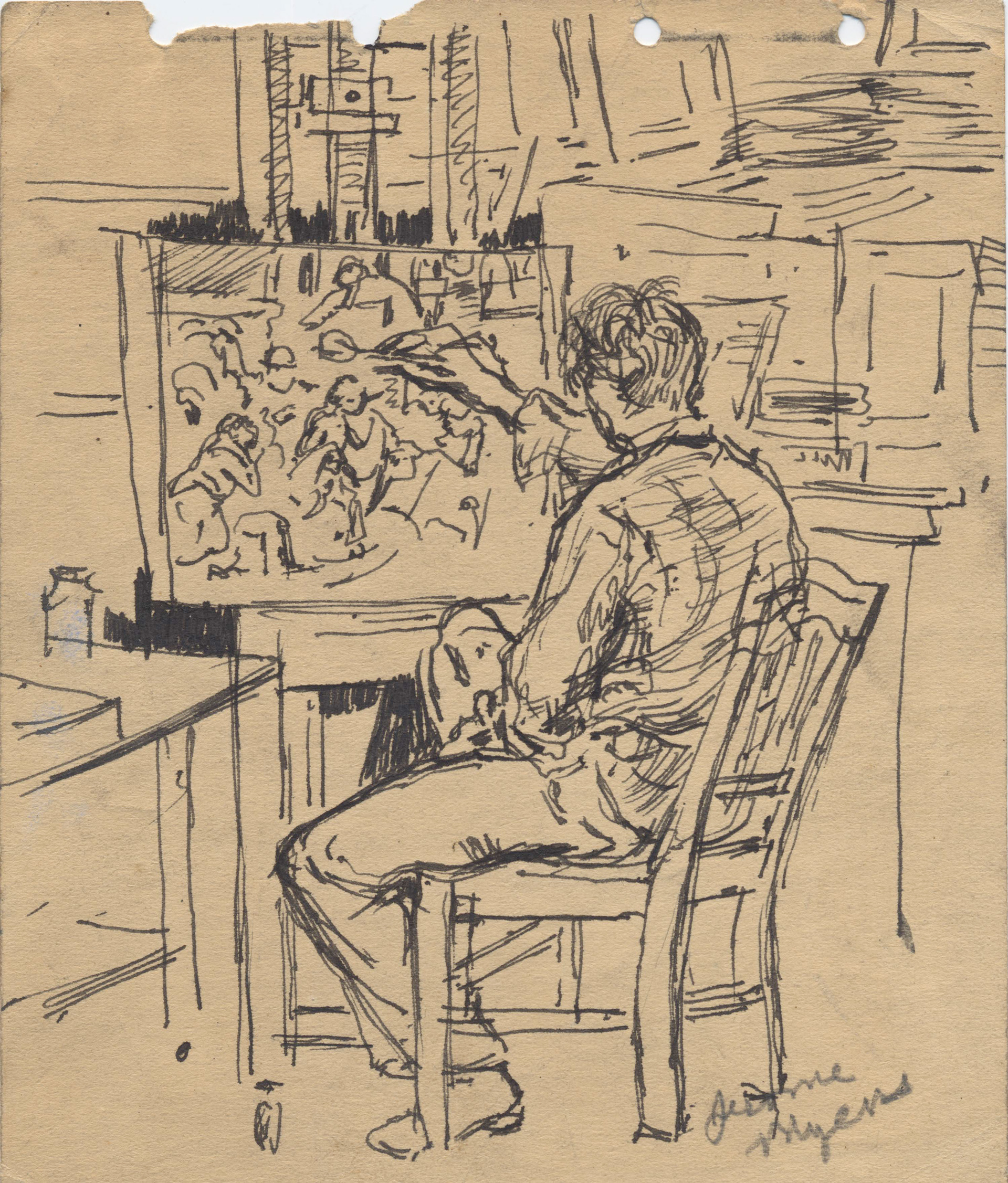 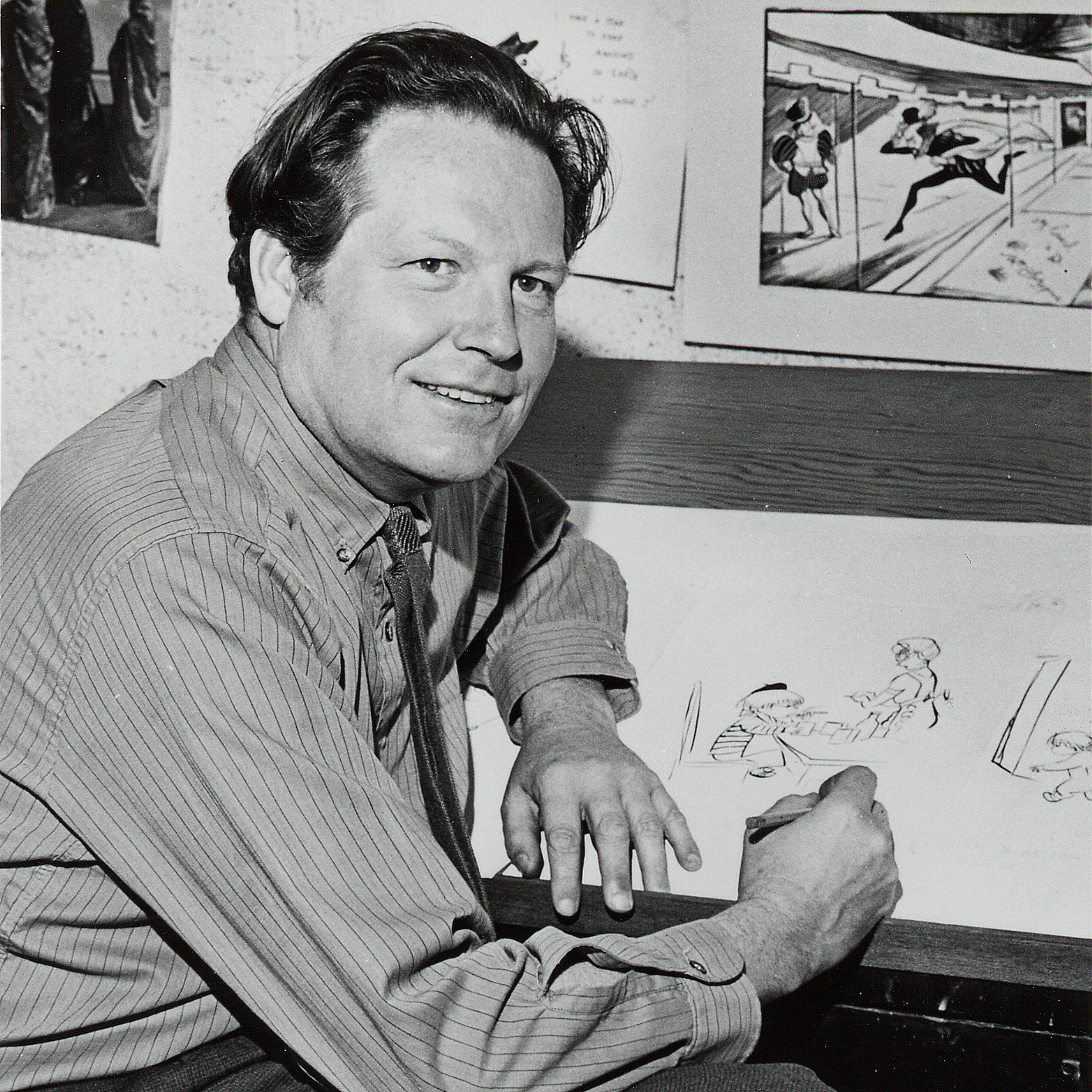 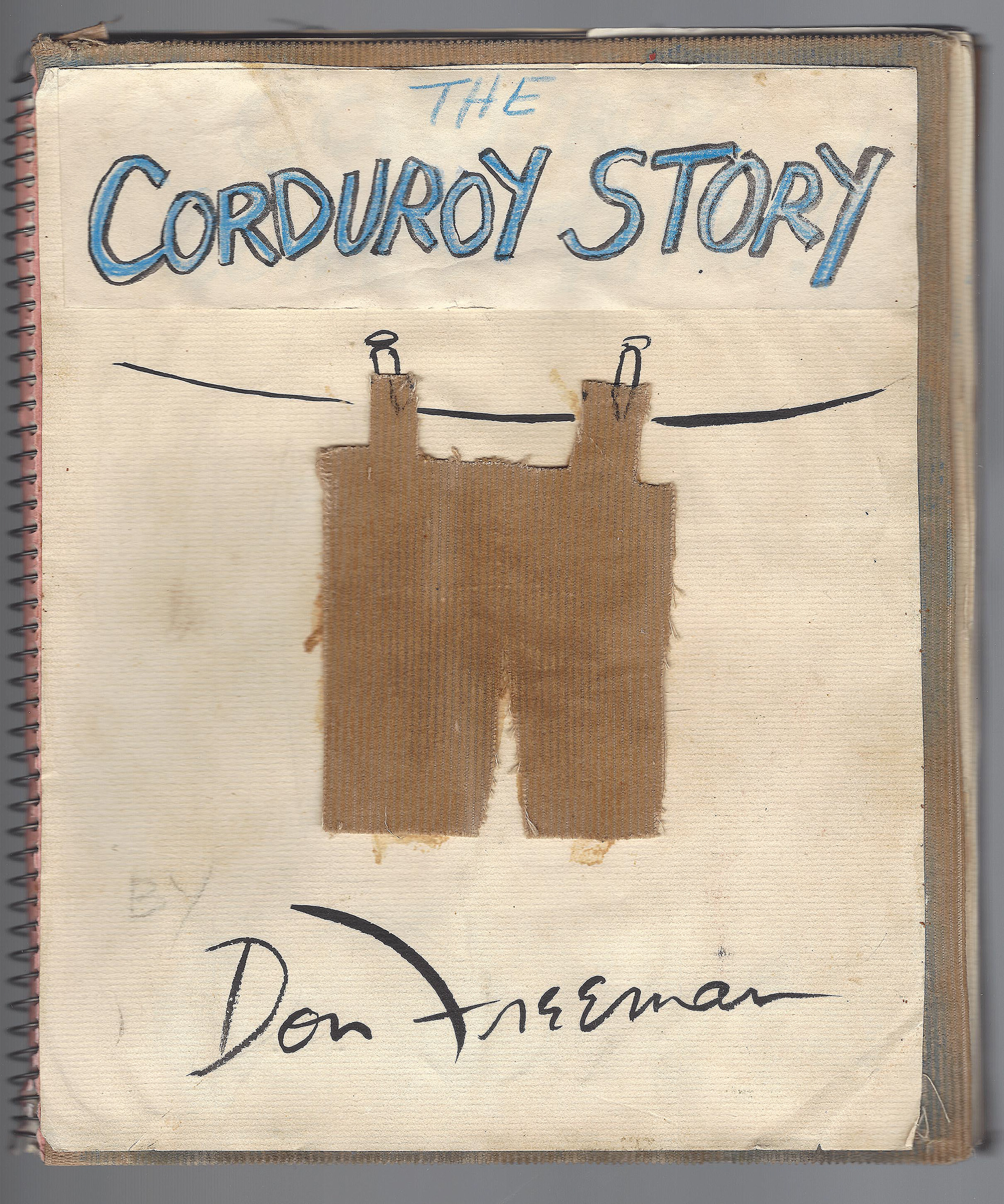 Don  Freeman (the artist)  is known to many people as the author of Corduroy and other children’s books. He was also a graphic artist who vividly portrayed the street life and theater world of New York City in the 1930s and 40s. On this website, I try to present these different aspects of my father who died in 1978, but whose work is still alive.
Browse through the different sections here (still lots to come) to see examples of Don's published and unpublished books, graphic works, sketches and ideas. Soon (February-March 2020) I will again put up in "Info" some information form Don for teachers, would-be-writers, and young readers. My answer to the frequently asked question: "Why did Don write Corduroy" is now here. You can also find biographical information on Don and the Art Students League, and other artists that he knew under "Bio" (also still being uploaded).
Don’s wife, Lydia Cooley Freeman, co-authored some of their children books such as Chuggy and the Blue Caboose and Pet of the Met. She was also a very talented artist herself who continued to paint and sketch until her death in 1999 in Switzerland at the ripe age of 92 years. Her paintings and books are presented on her website: lydiafreeman.com.
In addition, for those interested in what it was like for me to grow up with Don there are some personal posts like "Some things take a while,"  written after the publication of One More Acorn, posthumously published "with" my father. There is also an interview (now podcast) I gave to Susan Raab at the Bologna Children’s Book Fair in March 2009 about Don, Corduroy, my relationship to my father, and the new projects involving Don’s unpublished stories, link here. And a video interview I gave at the opening of Don's show at the Museum of the City of New York in September, 2018, link here.
In offering this material on the Internet, I am trying to do justice to Don’s broad, humorous, and life-loving creativity. If you have any questions or comments, do not hesitate to contact me, Roy Freeman: roy at royfreeman dot com.
↑Back to Top - website still in renewal!